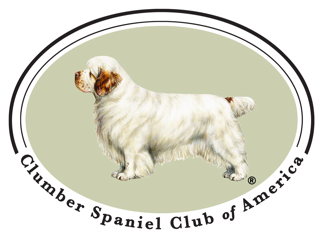 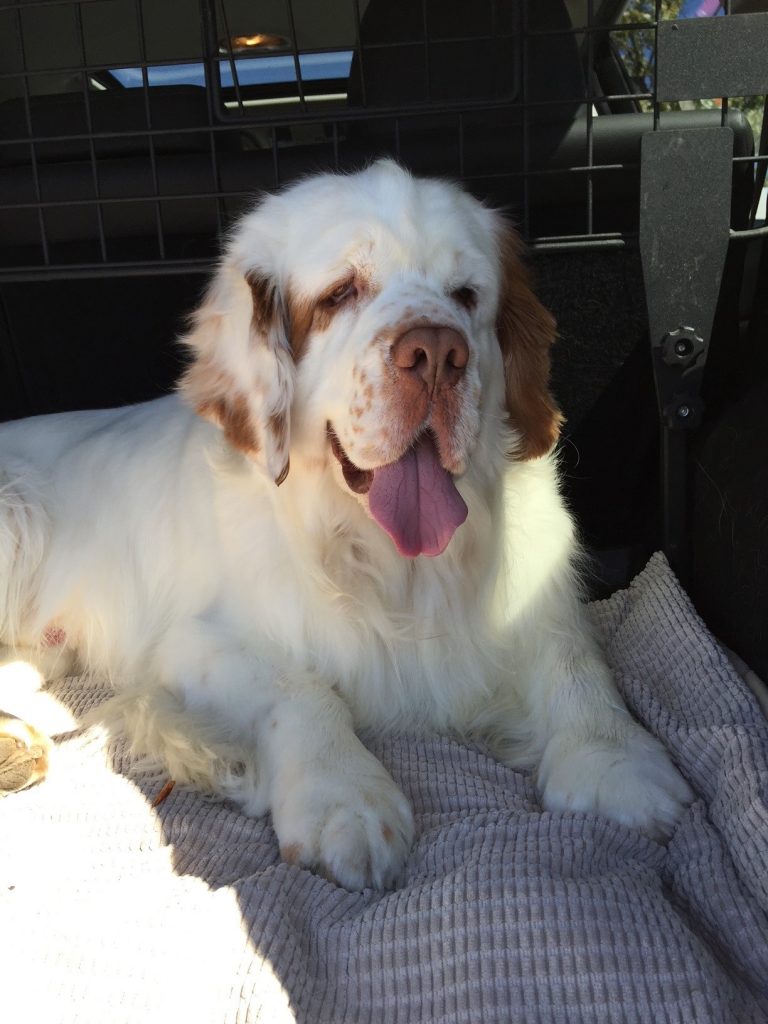 After 87 years of having the American Spaniel Club as its theoretical Parent Club, on Monday, February 14, 1972, around 1 P.M. in a hallway of Madison Square Garden during the Westminster KC Show, NYC, six members at the suggestion of Eunice Gies (Andronicus) assembled to find a real Parent Club just for our beautiful white Spaniel! Celebrate.

The Clumber Spaniel Club of America celebrated its fiftieth anniversary this past February.  Its founding was probably the most significant single step ever taken in America to provide our beautiful, irresistible breed with at last an organized group to really act both as its spokesperson and defender.  As sole surviving founding member, some of the Club’s beginnings may be of interest to those of us who don’t want to live without one or more Clumbers by our side.

Clumbers were among the only nine breeds recognized by the American Kennel Club at its founding in 1884 (four Spaniels [Clumbers, Cockers, Irish Waters, Sussex], three Setters [English, Gordon, Irish], Chesapeake Bay Retrievers, and Pointers).  The very Cocker-oriented American Spaniel Club, founded 1881, theoretically served as our breed’s Parent Club for 90 years until 1971, when it finally relinquished all jurisdiction except for [American] Cocker Spaniels.

It was a frigid Monday afternoon around 1 P.M., February 14, 1972.  As usual, I had had to transport my Clumber in my arms from the hotel through the Big Apple’s filthy slush to get to the Westminster KC show.  Right after showing under renowned Judge Percy Roberts, our little group gathered, standing, in a drafty Madison Square Garden hallway, so the meeting was short and sweet.

First order of business: a president.  By acclimation: Eunice.  Next: name.  “American Clumber Spaniel Club” was rejected.  In no way did we want to imply Clumbers on this side of the pond were to be different from England’s, where the breed first became known.  Last order of business: a newsletter.  Eunice pointed out that since we were from such different parts of the country, the only way we could really be held together was by a frequent, regular journal.  Meeting adjourned.

In those days there were so few Clumbers in the US that we Clumber people pretty much knew each other.  Word of the Club’s founding soon went out by mail and phone, and within a few months CSCA’s 1972 membership went from six to forty-five.  By 1979 it had reached 121, more than doubled in the 1980’s to the 1990’s, and by 2009 counted no fewer than 559.

The much-vaunted newsletter became a reality only a month after the Club’s founding, with a simple one-page mimeographed Clumber Bulletin, followed by six others the same year.  Thanks to a succession of hard-working editors, it finally evolved into today’s professional-quality Clumber Chronicles.

After the required AKC-sanctioned Matches, the first point show was celebrated August 18, 1978, in Ann Arbor, MI.  This first National Specialty was pretty informal, held in Mary Ann Cianciolo’s spacious backyard, with most of us using sleeping-bags.  But with an entry of 34, none of us had ever seen so many Clumbers, so we talked most of the night!  This was a far cry from for example the 2008 National Specialty thirty years later in Shawnee-on-Delaware, PA with 193 Clumbers, the largest number ever assembled at one time in one place anywhere in the world.

In 1976 the US had its 1st Clumber BIS with Bonus (Ch. Neal’s Double Bonus) at the Ventura Dog Fanciers’ Assoc., with an all-breed entry of 3,136, and a second BIS for Bonus in Roseburg, Oregon less than two months later from an entry of 1,576.  After that BIS Clumber was no longer an oxymoron.  Newsworthy was only Eng./ Am./Can. Ch. Raycroft Sheriff, 1st Clumber going BIS at the American Spaniel Club’s annual show.  And of course newsworthy for any breed was in 1996 Brady (Ch. Clussexx Country Sunrise), 1st Clumber to win BIS at Westminster – in a show for champions only – with an entry of 2,571.

For the first time the public began to actually see Clumbers.  People seldom if ever fall for a breed just from photos.  Our breed has a built-in rarity: difficult to breed, difficult to whelp.  But it was finally becoming known.